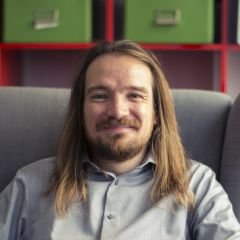 Not registered as user yet

Brendan Dolan-Gavitt is an Assistant Professor in the Computer Science and Engineering Department at NYU-Poly. He holds a Ph.D. in computer science from Georgia Tech (2014) and a BA in Math and Computer Science from Wesleyan University (2006). Dolan-Gavitt’s research interests span many areas of cyber security, including program analysis, virtualization security, memory forensics, and embedded and cyber-physical systems. His research focuses on developing techniques to ease or automate the understanding of large, real-world software systems in order to develop novel defenses against attacks, typically by subjecting them to static and dynamic analyses that reveal hidden and undocumented assumptions about their design and behavior. His work has been presented at top security conferences such as the ACM Conference on Computer and Communications Security (CCS) and the IEEE Symposium on Security and Privacy. He also led the development of PANDA, an open-source platform for architecture-neutral dynamic analysis, which has users around the world and has been featured in technical press such as The Register. His most recent work, which focuses on developing techniques to probe industrial control systems for vulnerabilities, has been funded by the Office of Naval Research. Prior to joining NYU, he was a postdoctoral researcher at Columbia University.