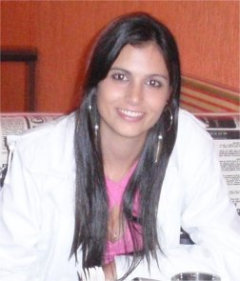 Ingrid Nunes is a Professor Adjunto (Senior Lecturer) of the Instituto de Informática at the Federal University of Rio Grande do Sul (UFRGS), Porto Alegre, Brazil, since 2012. She holds a research productivity (PQ) fellowship Level 2 granted by CNPq. In 2017, Dr. Nunes completed a thirteen-month CAPES-Alexander von Humboldt Postdoctoral Fellowship at TU Dortmund, Germany. She completed her undergraduate studies in Computer Science at UFRGS (2006) with highest honors, obtained her Master’s degree in Informatics at the Pontifical Catholic University of Rio de Janeiro (2009), and obtained her Doctor’s degree in Informatics at the Pontifical Catholic University of Rio de Janeiro (2012). Her phd was in cooperation with King’s College London (UK), under a sandwich Ph.D. programme of one year, and with University of Waterloo (Canada), with three three-month research visits. She was also a post-doc researcher at PUC-Rio in the Software Engineering Laboratory (LES) (2012), and has experience in the industry, where she worked as a software developer from 2005 to 2007. She is the head of the Prosoft research group at UFRGS.